Several years ago, a gentleman inquired about reassembling a 1969 280SL.
"No problem", we said.
"You don't understand", he continued. "There is not one nut, bolt or screw on the car; it's just an empty shell."
"No problem", we said.
A couple of years later we went to Winston-Salem to pick it up. And there it was, just as he had described, a beautifully painted bare shell.

After 12 years in the body shop, it was ready to go! We found the wheels, put them underneath, and brought it to Raleigh. Old cardboard boxes full of parts showed up later.
It was quite a challenge, but as you can see, it turned out quite well. We had created a brand new 1969 280SL from a giant pile of pieces. 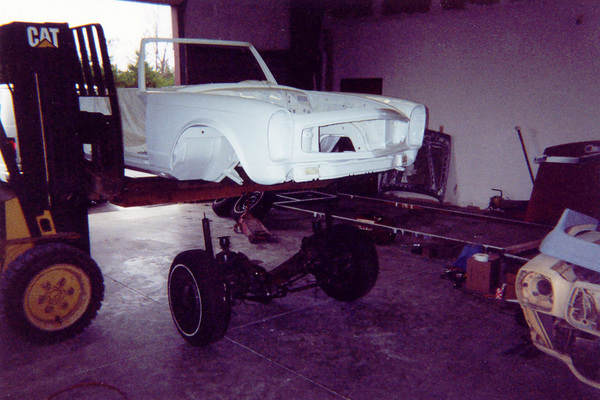 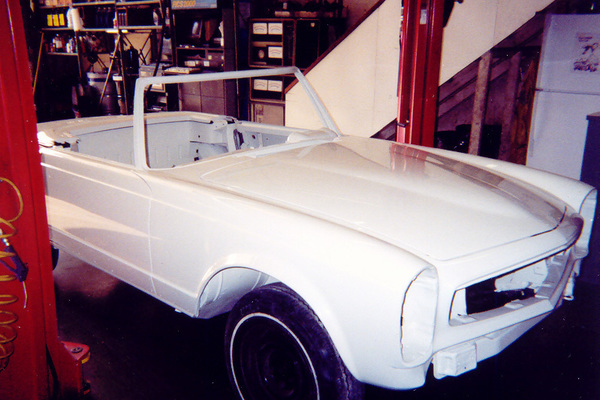 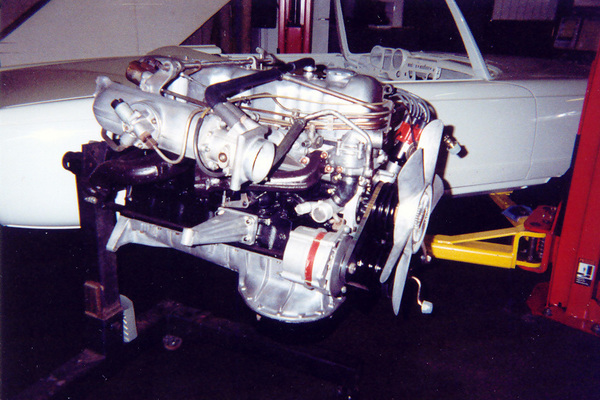 Engine Assembled (Some steps not shown) 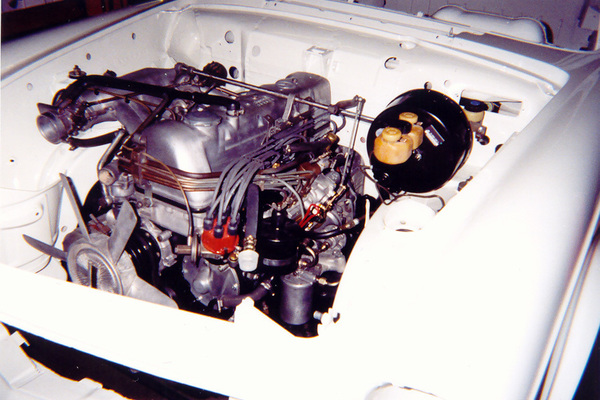 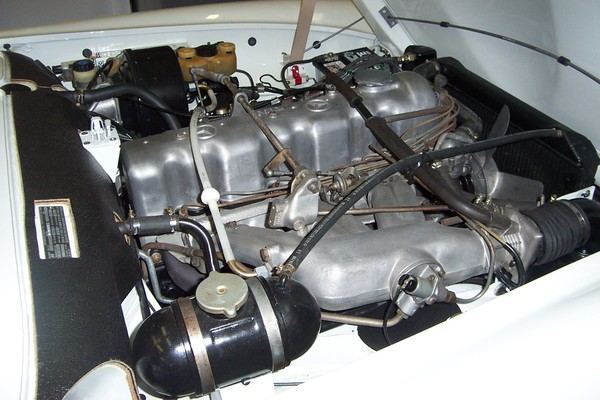 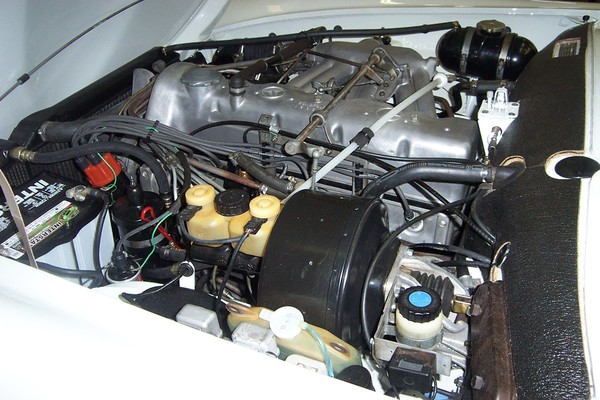 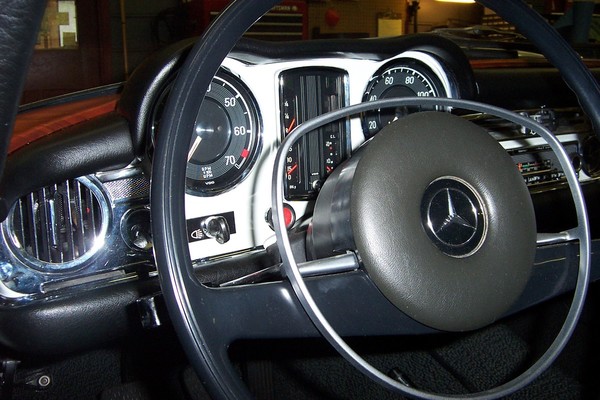 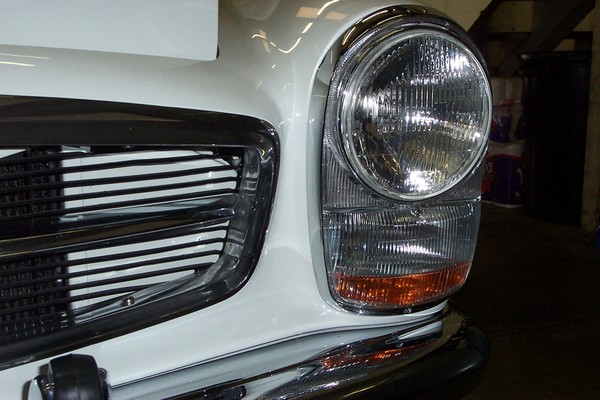 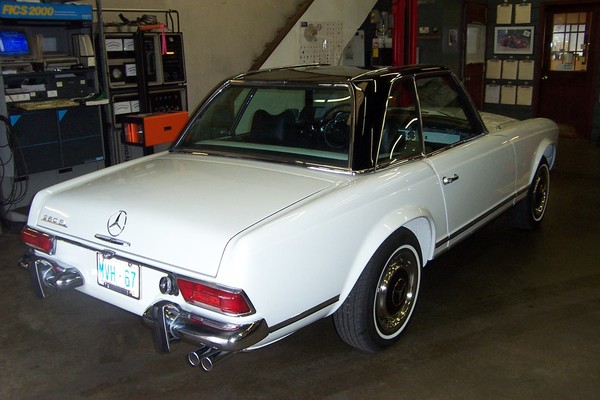 See you in the rear view 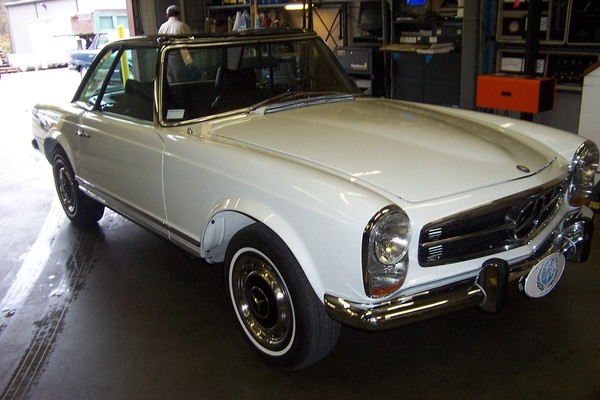 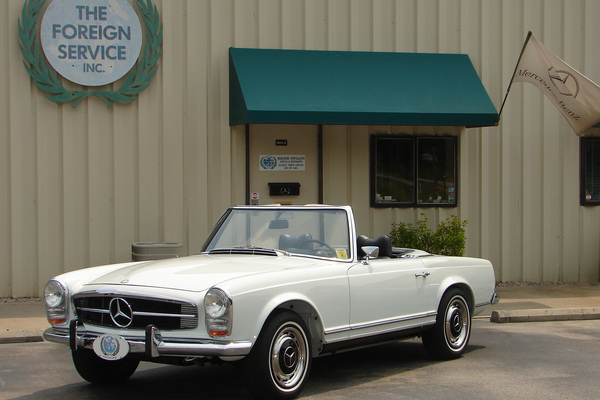 1969SL Restoration Complete
"I finally got a chance to slide underneath and look at your handiwork; the guys at the factory would be jealous!!! It's nice to know there are still people around who take the time, and have the expertise to do the job right!"
Read More »
John Lennon Wake Forest, NC
Read More Customer Testimonials 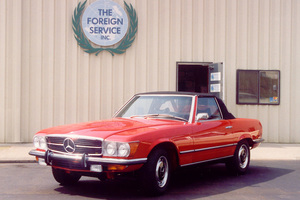 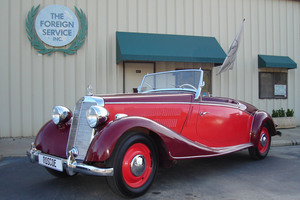